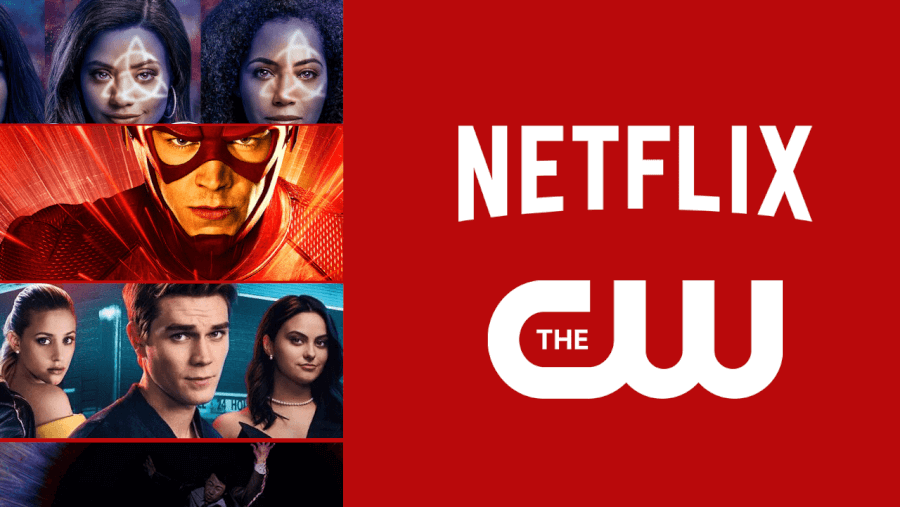 For those unaware, for most of the 2010s, Netflix had a broad overall deal with The CW. That means that any title The CW produced, Netflix would get said show available on streaming for the lifetime of the show plus 5 years afterwards. That deal is no longer in operation as ViacomCBS and Warner Brothers Television (the two studios behind The CW) decided to end said deal.

The CW Shows Not Coming to Netflix

Let’s begin with the selection of shows from The CW that began airing after the 2019 cut-off. In these instances, most have found HBO Max as their streaming home so far.

Two shows that will debut on The CW this year with unknown streaming homes include:

The CW Shows Coming to Netflix US in 2022

Note: we’ll briefly mention Netflix’s international availability for the shows below but for the most part, this list is geared towards Netflix in the United States only.

Crossing over 150 episodes, The Flash is still going strong as one of the last remaining Arrowverse series. The series will feature an all-new crossover event going into season 8 with episodes expected to wrap in a more timely manner than season 7.

Internationally, Netflix carries weekly episodes of The Flash in dozens of regions with episodes airing on Tuesday then arriving on Netflix the following Thursday.

For the past few years, Legends of Tomorrow has been a midseason show but for season 7 (which will see the show cross 100 episodes), it’s returning back to its October slot. That should mean we see Netflix get episodes in a much more timely manner in the earlier parts of 2022.

Some European regions are receiving weekly drops of Legends of Tomorrow while other regions have been cut off entirely with only early seasons available.

The divisive yet incredibly popular Riverdale is back for a sixth season which began airing in November just a month after season 5 wrapped.

riverdale will be notably crossing over with Netflix’s Chilling Adventures of Sabrina this season.

Almost every region outside the United States receives new episodes of riverdale on a weekly basis including countries like the United Kingdom and Canada.

For most seasons, Dynasty has begun airing each October but although last year’s release was pushed to May, season 5 is due to begin airing in December meaning that’s two months later than its back to normal schedule. That means we’re expecting season 5 to wrap up and then come to Netflix sometime between July or September 2022.

Netflix internationally carries the show but no longer on a weekly basis as it did for the early seasons. Instead, most Netflix regions will receive the series at the same time as the US as stated above.

All American is back to its previous schedule with new episodes kicking off on The CW from October 25th. That means we expect the show to be on a similar timeline as before meaning a March to April release date is most likely.

Outside the US, no other region of Netflix carries All American,

Charmed is moving to midseason but this year by choice it would seem. While 1-2 began airing in October, season 3 was pushed back to January but for season 4, the seasons is pushed back even further to March.

That means that its Netflix release date will be pushed back too.

Charmed is only available on Netflix in the US.

Legacies has returned to its October slot for the 21/22 season meaning we should see a return to the normal schedule. In the past new seasons have arrived the following April and that’s expected to follow suit.

Despite Netflix relicensing or having access to The Vampire Diaries and The Originals internationally, Legacies has never been sold to Netflix internationally.

Sadly, it’s still very much up in the air regarding when Roswell, New Mexico will be back. It’s expected to be in the midseason as per all previous seasons but an exact day has yet to be given. Right now, all we can firmly say is that it’ll be on Netflix in October 2022 at the absolute latest but more realistically it’ll be the summer.

Once again, only Netflix US carries Roswell, New Mexico,

As with Roswell, New Mexico there have been no firm dates set for In The Dark just yet. We’re expecting the series to return to its April start date which would mean Netflix receives the fourth season sometime in the summer.

Despite being a criminally underrated and broad appealing show, Netflix hasn’t secured the show for any region outside the US.

An unknown title within The CW’s lineup is Two Sentance Horror Stories which is the network’s equivalent of Black Mirror or American Horror Stories.

The series is getting a third season which begins in January 2022 for what is expected to be 10 episodes.

That’s all The CW shows coming in 2022 but there will be a couple leaving. As per our removal schedule for The CW titles, The Vampire Diaries and Reign are set to depart Netflix in 2022.

What series from The CW are you most looking forward to catching on Netflix in 2022? Let us know in the comments down below.

Because of this the first wife had given Anurag a blow...